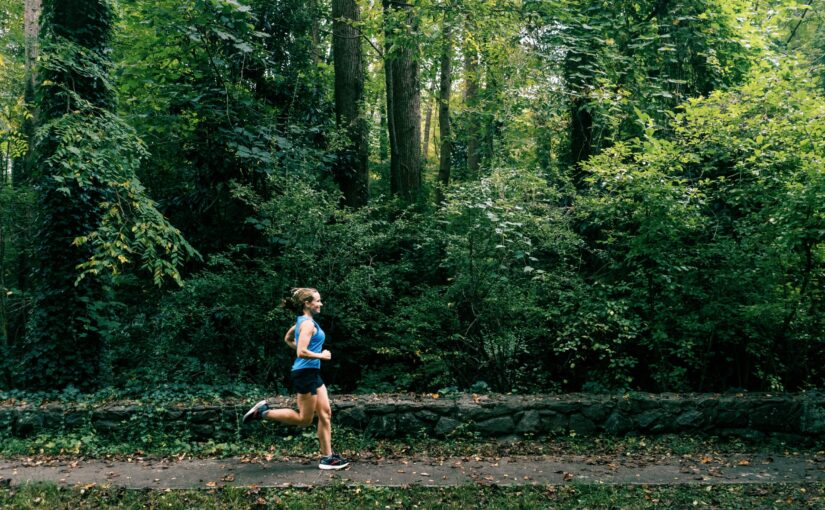 Use these five tips to make it a little easier to get up a little earlier to run.

Lots of people are focusing in healthy habits in the New Year and doing morning workouts is one of the most popular. While I worked out in the evenings in college, once I graduated (ahem, many years ago) and started working full time, I started waking up to workout before work. That meant setting an alarm sometime between 5:15 – 5:30 a.m. for 15+ years so I could run before I went into the office. And even when I quit Corporate America to work for myself, I still woke up early to run with friends.

In the past few years, my schedule has changed dramatically since I have a two year old, but I really miss those early morning runs. I love the way it starts my day and how I feel like I have the whole day ahead of me before most people have even had coffee. Now, I often don’t finish my run until 9:30! But, I know that it’s just a phase. 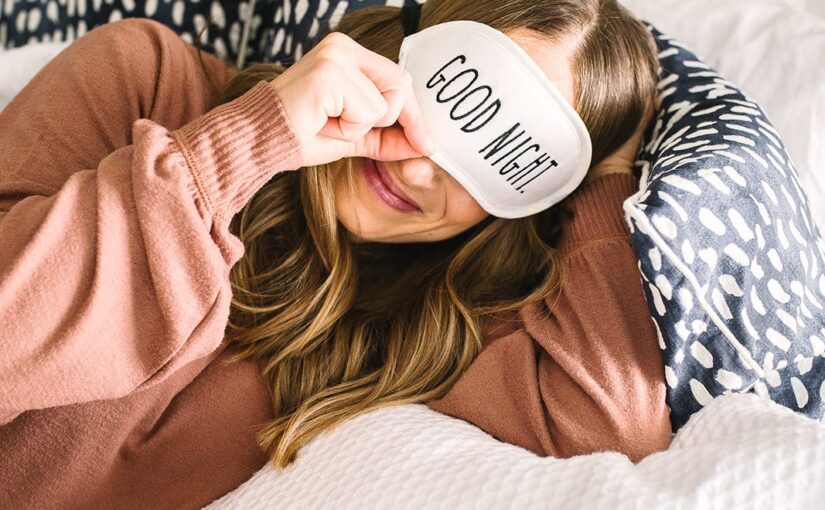 Add these healthy habits to your New Year to start things off right!

2023 is HERE! I loved 2022 since I got to watch Thomas grow up SO much. And our second holiday season with him was extra special.

One of my favorite things about the New Year is kickstarting new habits. Over the next week or so, you’ll probably hear way too much about resolutions. Maybe you’re someone who LOVES resolutions. Or maybe you’re like me and don’t do resolutions at all. While I don’t do official resolutions, the new year always feels like a fresh start to emphasize healthy habits. Especially after the holidays when I don’t feel my absolute best, even following my own advice to stay healthy during the holidays.

One thing is for certain, healthy habits do NOT just include being physically fit and active, but also the way we handle our emotions, finances, social life, etc. And I don’t look for quick fixes. Rather, I a… Read More 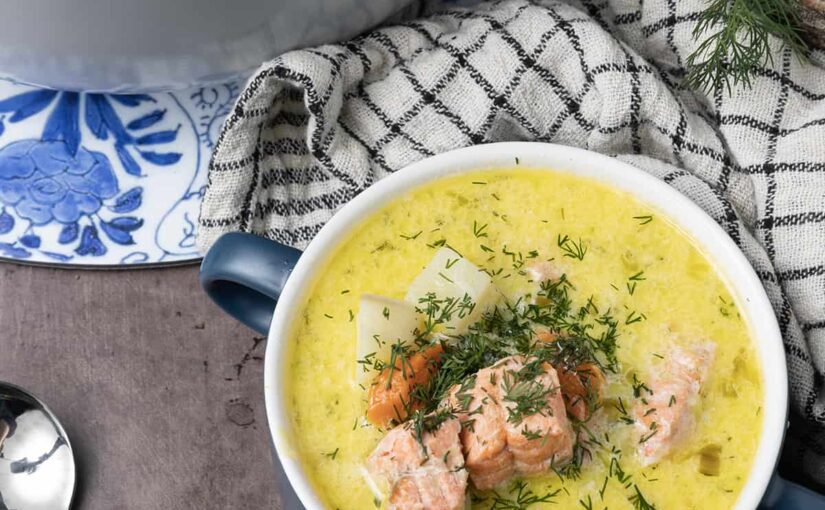 Andrea Shaw won her third straight Ms. Olympia title at the 2022 Olympia Weekend in Las Vegas. Check out the top 10:

Fresh Peach Cake
Hello! I know, it’s been forever since my last blog post. I’ve been working, eating, catching Pokemon, listening to the Hamilton soundtrack, and hanging out with my friends and family. I have been baking, but most of the stuff are repeats or greatest hits (brownies, bundts, and cookies).

I’m now on Snapchat…so if you want to take a look at the mundane covered in stickers (isn’t that what Snapchat is about?!), then I’m @foodlibrarian on Snapchat.

So, onto this cake! It’s summer and that means hella stone fruit. However, I missed my weekly Farmer’s Market run and had to pick up peaches at the supermarket. Oh, the sadness. These peaches were so boring and lacking in flavor. I thought about adding them to a smoothie…and baking with them. I figure adding some sugar and spice would liven these up!
<br… Read More

There is no way to make our fudgy chocolate brownie recipe any better. Unless, you maybe swirled some cheesecake batter into the top before you baked them. But other than that, there’d really be no way to…to read the rest of Chef John’s article about Ghost Cheesecake Brownies please follow this link to become a member.)

Follow this link to get a complete, printable written recipe for Ghost Cheesecake Brownies!

And, as always, enjoy!

If you want more information about why the blog format has changed, and why we’re now offering complete written recipes, please read all about that here. 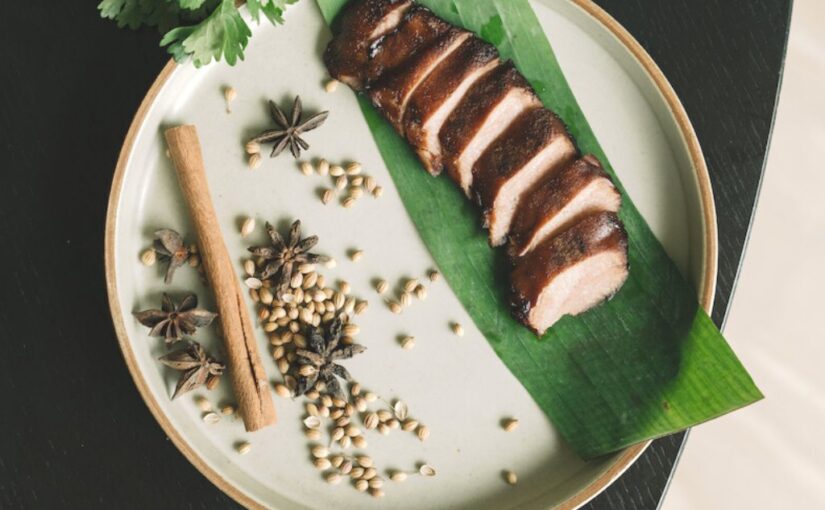 Every week we track the business, tech and investment trends in CPG, retail, restaurants, agriculture, cooking and health, so you don’t have to. Here are some of this week’s top headlines.

Good Food Institute APAC, APAC Society for Cellular Agriculture, and more than 30 other key industry stakeholders came together and signed a nomenclature agreement that selected ‘cultivated meat’ as an industry-wide term. Despite a global decline in funding this year, Asia-Pacific agrifoodtech startups defied expectations. Investments reached just $5.3 billion in the first half of 2022, breaking records and defying expectations.

Last but not least, a study released Monday in the journal Nature Sustainability offers a new guide to w… Read More 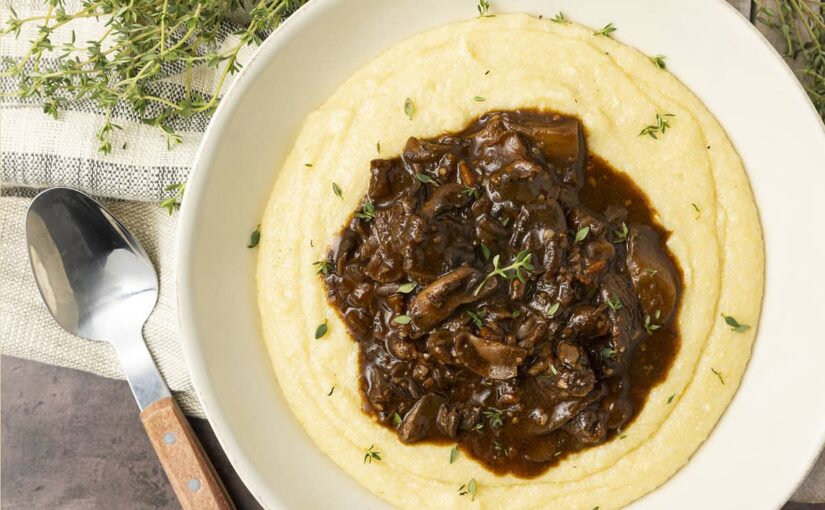 Calling all mushroom lovers! This luscious, mahogany, hearty Mushroom Stew recipe is a deeply satisfying, soul warming, and comforting dish that just happens to be vegetarian.

Served over roasted root vegetables, polenta, boiled yellow potatoes, rice, crusty bread, or mashed potatoes, this hearty stew is what cool weather meals should be. And you can make it with any kind of mushrooms you can lay your hands on; from wild mushrooms to domestic mushrooms.

Almost from birth, Johnny Collinson has been proving there are no obstacles too high to overcome.

By age 4, Collinson had already climbed the summit of Washington’s Mount Rainier. Before his 18th birthday, he went on to climb the highest peak on every continent—becoming the youngest person to scale the Seven Summits.

Today, Collinson, one of the world’s top freestyle skiers, is one step closer to completing a different type and perhaps his most challenging uphill climb: regaining his top form after a horrifying downhill mountain crash nearly ripped apart most of his knee nearly two years ago.

For the Red Bull athlete, known worldwide for dazzling social media and YouTube viewers with death-defying 360s, half pipes and other freestyle feats, getting his two feet back to the top of powder-packed mountains has been the goal since being sidelined with an injury that’s required multiple surgeries, grueling months of inactivity and lots of uncomfortable rehab…. Read More 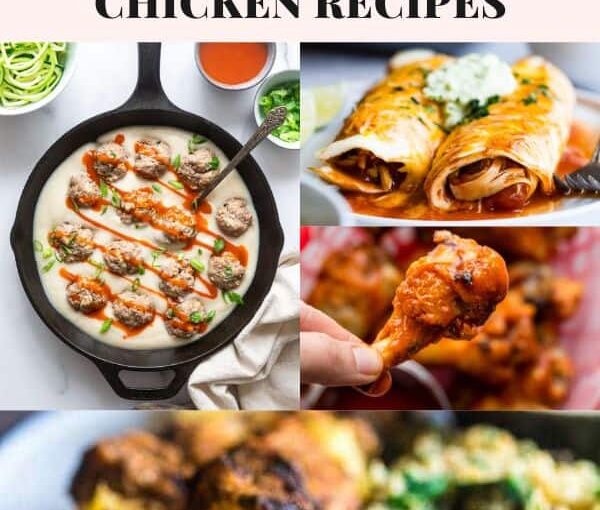 You asked for it and I delivered. I have compiled the 10 best delicious and easy Keto Friendly Chicken recipes you can prep for lunch, dinner or even an evening snack!

Pin This Recipe For Later!

Before we dig into these delicious super easy recipes, let me give you more information on keto diet. A keto diet emphasizes eating foods that are rich in protein and fats and minimal in carbohydrates. Your body gets into a state of ketosis, during which it uses stored fat as energy. A keto diet usually consists of whole foods with protein, natural fats and lots of Veggies. Carb-rich foods like pasta, sugar and bread are reduced. Low-carb diet is great for people who want to reduce their weight and improve overall health.

I personally do not follow a keto diet. I believe in living a balanced life… Read More